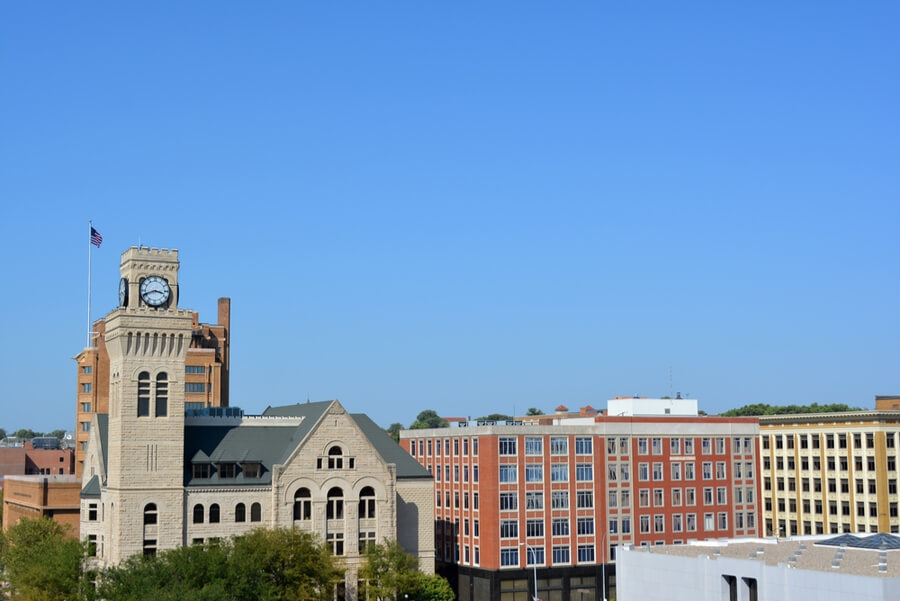 Starting as a single facility in Sioux City Jackson Recovery Centers was founded in 1976 by a married couple, Dr. Bill Jackson & Marienne Jackson. The facility was founded because there was a lack of addiction treatment facilities specific to children and adolescents in the Siouxland region. During their more than 30 years of operation the facility has since expanded to five additional locations in Onawa, Denison, Le Mars, Harlan, and Cherokee.

The facilities in Cherokee and Sioux City have gender-specific living spaces. Patients are arranged in a typical treatment facility style setup with each center housing 20-30 beds. The dorm-like bedrooms provided are designed to house two patients at a time. In each bedroom, there are two twin-sized beds, dressers and desks. The facility also has in-house cafeterias, therapy rooms, and common rooms with television sets for the patient’s viewing pleasure. The facility permits smoking in designated areas during break time.

Somewhat of a halfway house is available to patients undergoing the transitional care program in Sioux City. Gender-specific living spaces are available which help patients to re-enter everyday life while maintaining access to their much-needed support. These facilities are similar in layout to the general residential facilities.
Residential patients are treated to three meals per day which are served on site by the staff. Special dietary requests are usually accommodated so diabetics and vegans need not worry.

Residential programs at Jackson Recovery utilize the 12 steps approach, which is the traditional method of abstinence-based recovery. Treatment time is dependent on the individual’s needs but on average patients usually spend about 90 days at the facility. The residential program includes weekly individual therapy, group therapy, and 12 step meetings. Group therapy sessions can focus on a wide array of topics but they usually include self-esteem, relapse prevention, anger management and improving life skills.

A transitional program is available in Sioux City to help patients re-enter their everyday lives while being in a supportive sober environment. While in transition, patients are required to seek employment and attend AA/NA meetings in the evenings.

The Jackson Recovery Centers website indicates that the facilities accept commercial insurance plans as well as Iowa Medicaid. Nebraska Medicaid is also accepted at select locations. In order to be considered for the sliding fees Iowa based residents need to provide proof of income via a paystub or provide proof of unemployment. The site also recommends that you call at 712-234-2300 to get any other details regarding payment options.

Jackson Recovery is accredited by the Commission on Accreditation of Rehabilitation Facilities.

At the Sioux City location, the women and children’s residential program has outdoor facilities with a playground. Weather permitting mothers can take their children outside to play and spend some quality time. Fitness is also not an issue as the facility also has five exercise rooms, which may be used by patients. The facility also has cafeterias, common areas with comfortable couches and television sets for the viewing pleasure of residents. Smoking is permitted on the premises in designated smoking areas during break time.

Kermit Dahlen has served in his capacity as CEO at Jackson Recovery for over 30 years. He has an extensive history spanning over 40 years in the field of addiction treatment. Over the years he has played a major role in the development of not only Jackson Recovery but in the field of Addiction treatment, acting as a mentor to many young leaders as part of his contribution to the work being done by the Addiction Transfer Technology Center.

Jackson Recovery’s Medical Director David Paulsrud, M.D., has worked in the field of medicine for more than half of a century. For the last 30 years, he has been a part of the team at Jackson Recovery Centers. Dr. Paulsrud is an army veteran and previously worked as a surgeon. Dr. Paulsrud is a local man, he graduated from medical school at the University of Iowa.

Medical Director for Child and Adolescent Services, Dr. Richard Brown has a whopping 32+ years of experience in the field of psychiatry. After completing his undergraduate studies, Dr. Brown attended Medical School at Loma Linda University in California. Psychiatry residency was completed at UCLA.