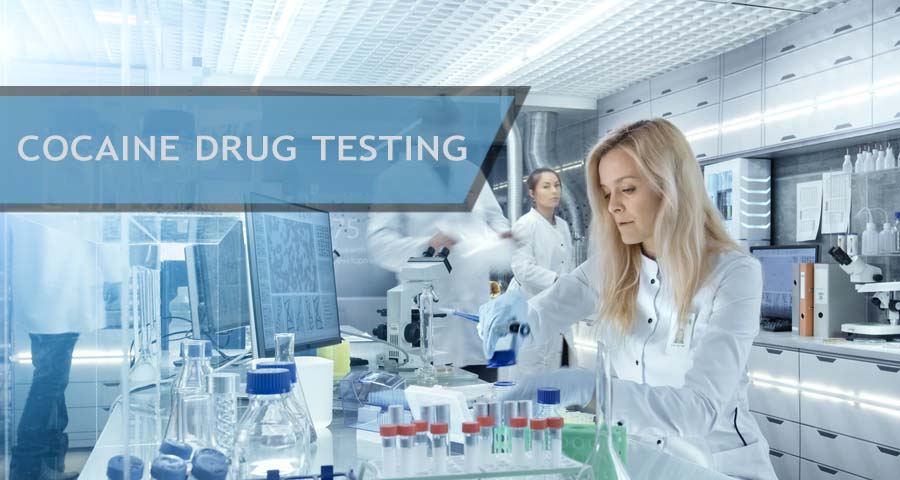 Cocaine is one of the world’s well known illicit drugs. It increases dopamine levels in the brain and creates a false sensation of happiness. People who use this drug commonly act as very social and have a tendency to talk a lot. They also tend to be agitated, nervous, anxious, dissociated and even psychotic.

Cocaine drug tests work not by searching for the presence of cocaine, but for proof that the body has recently metabolized (proving the ingestion of) cocaine. While cocaine takes roughly 6-24 hours to leave the body, the product created when the body metabolizes cocaine, Benzoylecgonine, can be detected up to 5 days after the last consumption.

While it may sound counterintuitive at a first glance, when a cocaine drug test is conducted the substance that a person is tested for usually isn’t cocaine, but rather its metabolite Benzoylecgonine.

Metabolites are substances that our bodies create after metabolizing a certain toxic substance. The process of metabolizing cocaine usually takes between 6 and 24 hours depending on the height, weight and metabolism speed of an individual.

Benzoylecgonine, on the other hand, stays in the system much longer and can be detectable 5 days after the last cocaine consumption.

Another factor that plays an important role in cocaine drug testing is the consumption of alcohol during and after consumption of cocaine. Unlike most other drugs, cocaine reacts with alcohol in a way that creates a new substance called cocaethylene. This substance has a longer half-life than benzoylecgonine, meaning it will be detectable in one’s system for a longer period of time.

In most cases, it takes up to 7 days for cocaethylene to be completely cleaned out of a person’s body, provided they do not consume more cocaine or alcohol and remain properly hydrated during this period.

Another factor that plays a decisive role in determining the amount of time that cocaine will be detectable for is the type of drug test being carried out.

What kinds of drug tests are used to test for cocaine?

Each of these has different pros and cons and deciding on one over the other usually, depends on the situation and context under which the test is being carried out.

The one sure-fire way to pass a cocaine drug test is to stop consuming cocaine and wait out the period needed for the body to clean itself from it. This usually takes 3 to 5 days depending on a person’s metabolism and during this period it is important to stay properly hydrated.

The best way to pass a drug test for cocaine is to stop using immediately and let the body flush out the toxins naturally. This should happen within 3-5 days. DO NOT DRINK ALCOHOL under any circumstance; mixing cocaine with alcohol causes the body to produce a metabolite called cocaethylene, which takes even longer to get out of the system.
One should also abstain from drinking alcohol altogether as mixing alcohol with cocaine in the liver causes the creation of cocaethylene, a substance that takes up to 50% longer to metabolize than benzoylecgonine and will also be detected by a cocaine drug test.

It was also reported that eating fruit and drinking fruit juice as well as abstaining from cigarettes and caffeinated drinks for a period of time has helped in speeding up the cleansing process.

While cleaning the body from cocaine and its metabolites takes a relatively short amount of time and is a very important process after using this drug, it is equally as important to stop using cocaine altogether after it is done. It is important to note that cocaine is very neurotoxic and harmful to the liver, which usually causes big health problems after a period of consistent use. And being as hard to come by as it is, it usually gets diluted with different substances that are equally as toxic or even worse, further increasing heath risks to the user.