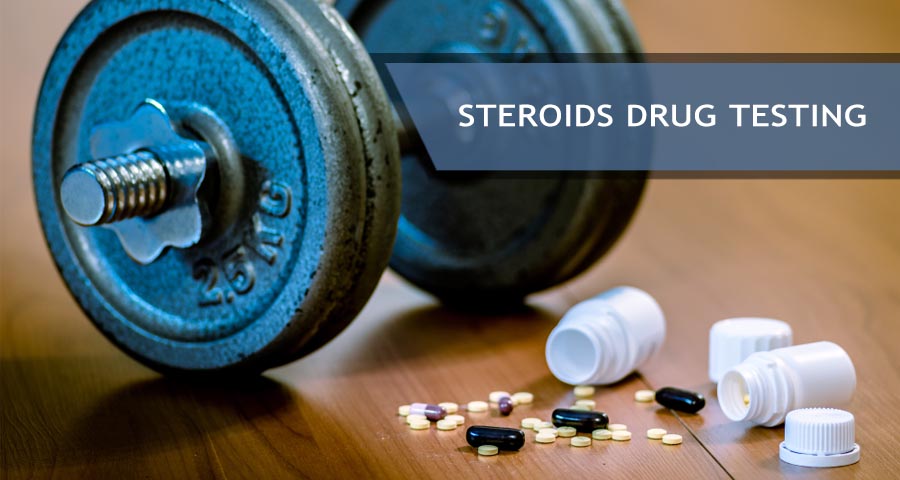 Over the past couple of decades, steroid abuse has become a national concern as it’s no more limited to bodybuilders, professional sportsmen, and athletes. According to the National Institute on Drug Abuse (NIDA), the use of anabolic steroids is prevalent among all ages and sexes. Moreover, most users don’t even know that steroids can have drastic impacts on their health.
Steroids are banned by most sports and are classified as Schedule III in the United States, yet many people keep using them. Therefore, several approaches have been devised for steroid testing. Since anabolic steroids are synthetic variations of testosterone (which is the naturally occurring sex hormone in males), a steroid drug test tries to detect the presence of a parent steroid as well as its metabolites in the human body.

Unlike other drugs that give an instant high and euphoria, steroids don’t impact the brain in the same way. However, prolonged use can lead to addiction and several health issues, which in some cases, can be irreversible.

The side effects of steroids can be as mild as skin irritation to lethal diseases such as strokes, liver tumors, kidney failure, heart attacks, and psychiatric problems.

Since steroids are used to improve appearance, the desire for “more” keeps forcing the individual to take more and more steroids.

How Are Steroids Detected?

Steroids can stay in the body for 14 to 28 days and can be detected through heightened levels of testosterone and steroid metabolites in the user’s blood. Urinalysis and hair follicle test are also among the common methods used to identify the presence of steroids in the body.

Why is The Steroid Drug Test Required?

Steroid drug tests are required because of the unfair advantages that these drugs offer to athletes. Steroids provide increased strength and stamina. Athletes who are found guilty of using these drugs are suspended from competition and given hefty fines.
Despite their side effects, steroids can exponentially enhance performance and give an unfair advantage over rivals. Immense strength, endless stamina, exponentially boosted endurance, and practically unachievable muscle size are some of the perks of using steroids. It’s because of the unfair advantage these performance-enhancing drugs offer the athletes, they are banned by virtually all the amateur and professional sports. Therefore, steroid drug tests are usually required by the governing bodies of different sports. Athletes and professional players who are found guilty of using steroids usually bear serious consequences such as heavy fines and a ban from the sports. Likewise, schools and colleges also conduct random drug testing, usually among the students that take part in extracurricular activities and sporting events.
There are several independent international agencies such as World Anti-Doping Agency (WADA), United States Anti-Doping Agency (USADA), International Olympics Commission(IOC) etc. which develop anti-doping policies and procedures and implement their code. The National Collegiate Athletic Association (NCCA) – a membership-based organization – occupies the same role for the student-athletes.

How to Test for Steroids?

A urine test aka urinalysis is the most commonly administered test to detect the use of anabolic steroids. The metabolites of the steroids or high levels of testosterone are detectable in the donor’s blood from 14 to 28 days of the intake. The second most commonly administered test is the hair follicle test. In addition to these two tests, various new methods, such as HPLC, GC, Immunoassay, and Radioimmunoassay, are also introduced by sports authorities for testing steroids. In the United States, antibody-antigen based radioimmunoassay is commonly used as a first check, and the testing usually yields reasonably accurate results. For more detailed analysis, however, chromatographic methods are also employed.
Different sports authorities have different ways of testing the players. For example, in Major League Baseball (MLB), every single player from every team is tested twice a year; once right before the start of the season, and then once more randomly during the season. In some unusual cases, when a player is suspected to be doping, they can be tested within 48 hours.
The samples collected from the players are sent to WADA’s laboratory in Montreal, Canada. The laboratory then performs two urine tests to detect the use of steroids. The human body produces testosterone and epitestosterone (which is another naturally occurring hormone), in nearly the same amounts, so their ratio is 1:1. The lab measures the quantities of testosterone and epitestosterone to make sure their ratio is nearly the same. In case, the ratio of testosterone is higher, a second urine test is conducted to confirm the presence of anabolic steroids.
Despite these two tests, WADA still gets hundreds of fake positives every single year. Therefore, to make sure that the player has actually taken the performance-enhancing chemicals, the laboratory performs a more expensive isotope radio test. The test basically measures the number of carbon-13 isotopes, which is a rarely occurring hormone. After the player has failed the first two urine tests, a higher number of carbon-13 isotopes confirms the presence of synthetic testosterone.

How much does a steroid test cost, actually depends on the type of test administered. However, almost all the steroid drug tests are costly. For example, in high schools, steroid testing can cost anywhere between $50 and $150 per unit, and that doesn’t even include the cost of collecting and handling the samples. The cost of professional steroid drug test can be much higher.