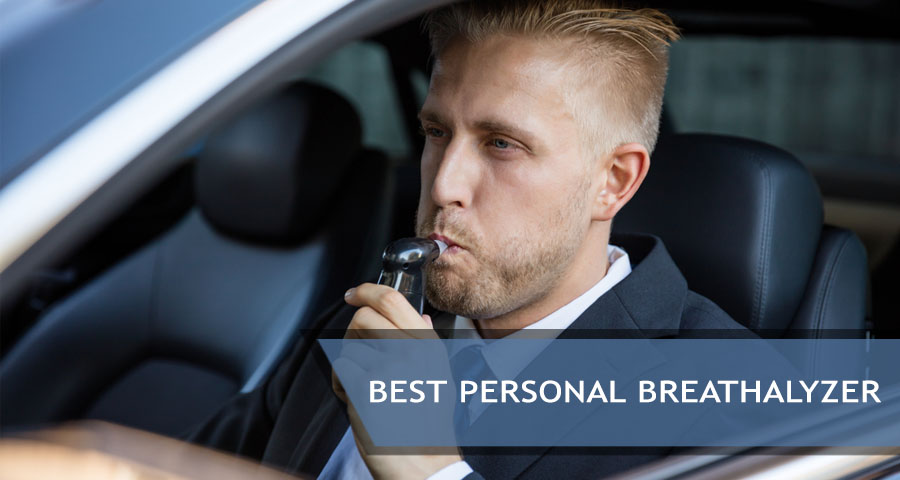 Uncontrolled alcohol sale, drunk driving, and especially underage driving along with underage alcohol abuse make roads less safe. Many measures have been taken to keep a check on DUI such as random police patrols and license checks, a compulsion on clubs, bars, and other places where alcoholic beverages are served to forbid consumers from buying more drinks when they appear drunk, discouraging drunk driving, and whatnot.
An alcohol breathalyzer, however, is the most powerful tool law enforcement agencies have to keep an eye on the drivers who are under the influence. On top of that, a personal breathalyzer can be very handy to keep an eye on blood alcohol level (BAC) and how much influence alcohol has over the body.

A breathalyzer is a tool used to effectively gauge a user’s blood alcohol level (BAC) by breathing into it. Breathalyzers are often used in law enforcement agencies by policemen, especially for suspected drunk driving sobriety tests.

What are the most reliable alcohol breathalyzer brands?

One of the popular brands of personal breathalyzers. It uses a PT core sensor technology, which is an improvement in the old semiconductor sensors. It is more accurate, and it has a useful feature of setting alarms when personal alcohol consumption limit is reached. However, it has the disadvantage of being expensive and needs recalibration after 200 uses.

This electrochemical breathalyzer is the best choice for police use. Due to its latest technology, portability, and high sensitivity, it is used by the police department for screening drivers. It provides options for memory, real-time clock, and detects BAC from 0-.50%.

An excellent product for personal alcohol testing, its MicroCheck technology has advanced sensors of semiconductor type. It can detect BAC levels in a wide range.

It is undoubtedly one of the best products in the market. It can be connected to the smartphone via Bluetooth. It is also compatible with iOS on apple devices. It gives the result within seconds and measures BAC accurately. It has a 10-pack mouthpiece. It has the disadvantage that it requires a smartphone to function.

This product is popular for official use among organizations which are involved in alcohol control. Using platinum electrochemical sensors, this breathalyzer can carry out almost 1000 tests, and it has a recall speed of past ten tests in a few seconds. Its accuracy makes it a good screening tool for law enforcement agencies.

An alcohol breathalyzer is a generic name for a gadget which measures the amount of alcohol in a person’s breath. This gives an estimate of the level of drunkenness of a person. The instrument has 3 parts, a machine which to breathe into, a chamber in which the chemical reaction takes place and a microprocessor which measures the electrical current produced by the chemical reaction and displays the approximate value of blood alcohol content (BAC) on the tiny screen of a breathalyzer.


The chemical reaction which takes place within the breathalyzer is the conversion of ethanol into acetic acid and water, which produces electric currents which regulate the whole process of analysis.

Symptoms of Alcohol Overdose: When to Use breathalyzer

Alcohol tolerance varies from person to person as some people who drink frequently develop a higher tolerance for alcohol than a person who drinks occasionally. The overdose occurs in 3 stages.

It is the stage when the BAC level is from 0.02-0.07, in this stage, a person becomes overconfident, over-emotional and euphoric.

0.08-0.19 BAC level is when the person has blurred vision, uncoordinated movements and is unfit to drive.

From 0.19 BAC onwards, the person is severely agitated and anxious. He loses balance and control of the body then after a while loses consciousness and after some time goes into shock if the dose is increased still. After the shock comes the stage of coma.

A breathalyzer can detect the presence of alcohol in all of these stages.

Accuracy and Use of a Breathalyzer

The ratio between the alcohol present in the lowest portion of the lung after the absorption and exchange of alcohol in the lung and the blood is 2100:1 and breathalyzers are designed to calculate values Blood Alcohol Content according to this ratio. To calculate this value, breathalyzers are calibrated in terms of BACs. Their accuracy depends on many factors, some pertaining to the instruments are:

While some problems that might affect the result on the consumer’s side are improper cleaning of the mouthpiece, no consideration of expiry or recalibration time, etc.

A drunk person is unfit to perform any normal activity, especially driving. Due to the increased number of accidents which happened due to drunk driving, use of breathalyzer has become familiar. It is most commonly used by law enforcement agencies to check BAC of a suspect. A police officer has a legal right to pull over anyone who is not driving safely, ask a driver to take part in a field sobriety test or blow into a breathalyzer to prove that that the driver is not DUI.

The accuracy of a breathalyzer depends on many factors like the materials used on its sensor system, its battery life, and the number of times it needs recalibration and replacement. Breathalyzers are calibrated in terms of BACs to calculate its value.
Other than its use on the road It is now also used by the general public to check blood alcohol level and plan the day accordingly.

Positive Aspects of Using a Breathalyzer

Negative Aspects of Using a Breathalyzer

Myths and Misconceptions About Breathalyzers

Cigarette smoke can affect the accuracy of the breathalyzer.

Truth: To some extent, this might be true as acetaldehyde is present more in the lungs of smokers than non-smokers. However, it can only fool silicon oxide sensor breath analyzers, while in police stations highly accurate instruments are used and smoke doesn’t change the result much.

Breath fresheners and mouthwash can lower the alcohol level in the breath.

Truth: This concept arises from the observation that the breath fresheners cover up the smell of alcohol from the breath, but in reality, that’s the extent of their effect. They cannot lower the concentration of alcohol in the body in any way.

Hyperventilation and exercise or holding breath before blowing can reduce the BAC.

Truth: Hyperventilation can reduce the BAC but only slightly, holding breath will actually increase the level of alcohol in the breath. However, in front of a law enforcement agent, one will look suspicious doing anything to alter normal breathing rate.

Breathalyzers are accurate for testing alcohol only.

Putting a copper penny or holding a battery to the tongue fools the breathalyzer.

Truth: This was proved by the experts to be an entirely wrong assumption.

And as the bottom line — check out this old episode of Mythbusters on the ways and myths of a quick sobering up.

It is strongly advised not to drink any alcoholic beverages before or while driving the car to avoid a car accident and problems with the law.
Sources: