Hair Follicle Drug Test — Everything One Should Know 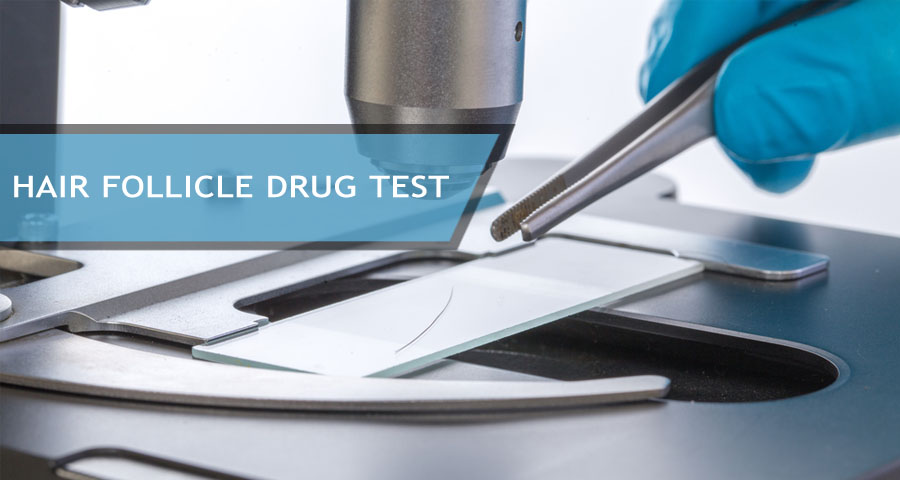 What Is a Hair Drug Test and How it Works?

A hair test is administered to detect parent drugs as well as their metabolites in the hair specimen collected from a donor’s body or head and can offer an extended, 90-day lookback. The collected specimens are sent to a sophisticated laboratory that screens the hair for any illicit substances and the results are usually available within 1 to 5 business days.

It takes almost 5 to 10 days after the last intake for the drugs to grow above the scalp and into the hair and stay there for up to 90 days. So, any specimens that are collected outside this detection window might not appear in the hair test. To cleanse the hair of any external contamination for example powders or smoke, all specimens are first washed with special shampoos before testing. Then the laboratory uses enzyme-linked immunosorbent assay methodology to detect the presence of any illicit parent drugs or their metabolites. Most Laboratories confirm by doing a second screening of the samples that test positive in the screening by subjecting them to Gas Chromatography, Mass Spectrometry or Liquid Chromatography/Tandem Mass spectrometry confirmation testing.

How long do drugs stay in hair?

Drugs can stay in the hair for up to 90 days, and it takes between 5-10 days after the last intake for the substance to be detectable in hair. Laboraties can use a series of screening methods to detect and confirm the presence of illicit drugs in the hair.

Which drugs are detectable in hair?

Yes, there are reliable hair drug testing kits that one can use at home. The top 3 most trusted brand are HairConfirm Hair Test, Test Country’s 365-Day Hair Drug Testing Package for Parents, and International Hair Drug Test by Test Country. 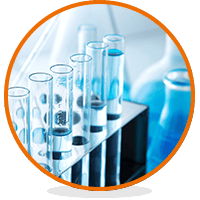 $390
Available in more than 8,000 locations around the United States, the 14-panel premium drug test by Test Country is the leading lab-based hair drug test that can detect the use of up to fourteen different drug groups. The test is ideal for pre-employment purposes, and sample collection is arranged at a local testing center nearby.
The test costs $390.00 per unit, and offers a look-back for up to 90 days plus the results are available in 3-14 business days. It can detect: Amphetamines, Barbiturates, Benzodiazepines, Cocaine, Methadone, Meperidine, Opiates, PCP, Oxycodone, Propoxyphene, Cannabinoids, Tramadol, Fentanyl, and Sufentanil.
The test not only gives a positive/negative result but also offers an insight into quantities and user type. 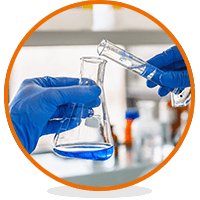 $315
Just as the names suggest, it can detect 12 different drug groups and can offer a detailed report on drug use, quantities, and user type for the past 90 days. The drug kit is ideal for pre-employment purposes, and sample collection can be done at any of the 8000+ locations across the country.
The 12-panel hair drug test costs $315 per unit and substances that can be detected include: Amphetamines, Barbiturates, Benzodiazepines, Cocaine, Methadone, Meperidine, Opiates, PCP, Oxycodone, Propoxyphene, Cannabinoids (Marijuana), and Tramadol.
Arranging the test is extremely easy, all one has to do is to find the nearest testing center through the website, choose the type and number of units, and pay the bill. Sample collection will be scheduled by Test Country and one can expect to see the detailed results in 3-14 business days. 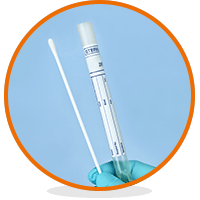 $315
The 5 panel + OPI lab hair drug test is a more affordable option costing $169 per unit and can detect five drug groups including Amphetamines, Cocaine, Marijuana, Opiates, and Phencyclidine. The test is as easy as selecting a location and filling a short online form. The test report includes any illicit drug use during the last 90 days of sample collection, and the amount of drug used. This test is also customized for pre-employment testing or randomly testing the workers to ensure a drug-free environment. 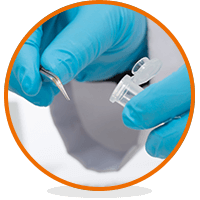 Starting at $64.99
HairConfirm multidrug hair test is one of the most popular and trusted home hair drug test available in a variety of packages to suit people/agencies with different needs. Parents, law enforcement agencies, employers, schools, colleges and any other body that needs to detect the use of illicit drugs can benefit from different types of tests such as regular, express, and business. Available as either 7 panels or 12 panels, the HairConfirm test can detect seven illicit drugs or seven illicit plus five prescription drugs. Depending on the type of test one chooses, it can set one back between $64.99 and $85.99, with a discount available for testing multiple donors
The test has a long 90-day detection window and the 7-panel test can detect the use of seven illicit drugs including Marijuana, Amphetamines, Ecstasy, Methamphetamines, Cocaine, Opiates, and Phencyclidine. In addition to these drugs, the 12-panel test can also detect the use of Vicodin, Lorcet or Lortab, Oxycontin, Percocet, and Dilaudid. HairConfirm has an extremely quick, 2-day turnaround time and their price is very reasonable considering there are no additional lab fees and the price includes the cost of overnight sample return shipping. 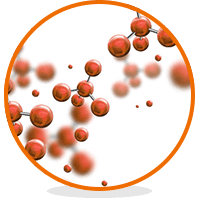 $229.
This highly accurate hair drug test by Test Country is specially designed for parents who worry their kids are taking illicit drugs. The package costs $229 and contains four drug testing kits so that one can test a child every 90 days. While the investment might seem like a big one, but it boils down to $19 per month.
The good thing about this test is once one buys it, one will be able to test kids for a whole year. However, if one has more than one kid, this test can get expensive. While Test Country claims that external contaminants such as shampoos, bleaches, and other chemical contaminants sold commercially can’t alter the results, scientific researches prove otherwise. And in case a child knows that one will be testing them for drugs, and they suddenly start using bleach or any other chemical on their hair this could be a red flag. Also, the test can be performed on body hair in case a child doesn’t have hair on their head or has very short hair. 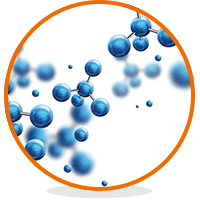 $83.95
Starting at $83.95 and discount available for multiple tests, Test Country offers a viable hair test solution for international clients who want to do hair test at home or office. The client is given a collection kit, and has to collect hair sample directly from the donor’s body (not from a hairbrush they used), and mail it to the U.S. lab. The test will obviously take longer because of the international shipping, but offers a drug use history for up to 90 days.

A: On average, a human head, hair grows approximately half an inch every month and the typical length of a head hair test it is 1/2 inches from the root to the tip. Hair test detects drug use between 5-90 days’ time frame from the specimen collection. However, since every individual has unique hair growth rate, the time frame is only an approximate value and can vary greatly.

Q: What Drugs can a Hair Test Detect?

A: Since body hair’s growth is comparatively slower, they offer a more distant time frame than head hair. Body hair can be used when a person shaves his head or is completely bald. However, since body hair grows at an even more diverse rate than head hair, the approximate time period for body hair is extremely hard to identify.

A: The hair test is growing popular because it is the hardest drug test to beat. Although chemical adulterants, such as shampoo dyes bleaches, are commercially available, the effects of these products are not certain.

One of the major issues with the hair drug test is the high possibility of external contaminants that can get stuck in the donor’s hair and can result in a false-positive result. However, when washed properly, the specimen can be cleansed of any external contaminants. On top of that, the hair test not only tries to detect the parent drug itself but also metabolites. This is very handy because in some cases, for example in marijuana analysis, the test only checks for metabolites which can be produced by the body and can’t occur as an environmental contaminant.

Another probably even bigger issue with hair is racial bias. Apparently, light-colored hair is less susceptible yielding a positive result while dark hair is not only more prone to attracting contaminants but also has a higher chance of false positive. Although many big laboratories try to dismiss this claim for personal gains, however, a popular lawsuit in Boston shows us the irony of a hair test.

The police department used hair follicle testing to detect any illicit drug use in officers, but a lawsuit was filed stating that the black officers, being more prone to false-positive testing, were being unfairly singled out by these tests. The laboratory that tested the officers found that 55 black and 40 white officers were tested positive for cocaine between 1999 and 2006. Interestingly, the number of white officers tested was 2.5 times greater than that of the black officer tested. At the end of the lawsuit, the court threw out the test results, and 6 out of 10 fired officers were rehired. That means the hair testing industry has to come up with something special to make sure that African-Americans, Asians, and other minorities get a level playing field with their light-haired counterparts.