Information on Passing A Drug Test 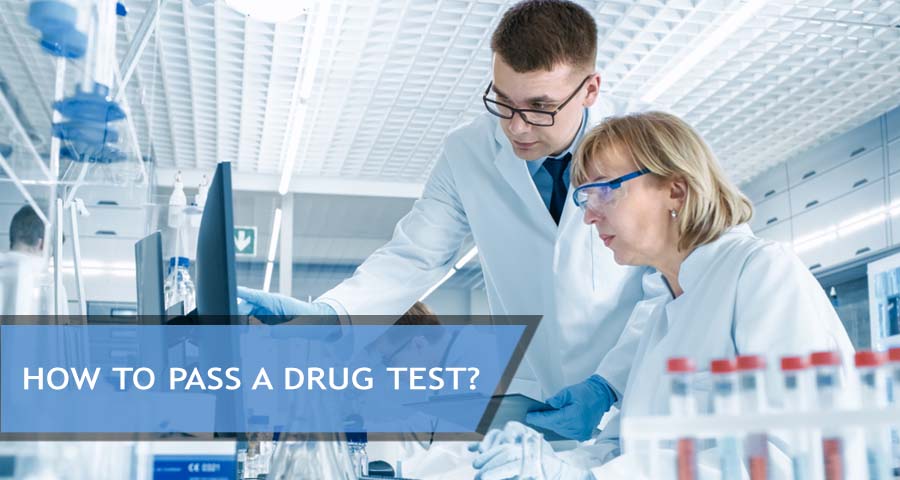 As more companies require drug testing for job candidates and employees, many people are finding that drugs which are legal in their state, or drugs which have been prescribed to them by a doctor, can affect results of the drug test.

This information on drug testing is provided for educational purposes only. It is advisable to contact a medical professional or a drug addiction treatment center should one be using any drugs.

If a person is in a position where one is required by the employer to pass a drug test, one may feel a lot of pressure to understand how drug tests work and what the common methods of passing them are. Taking drugs last night, last weekend or even many months ago can affect the results.

The Best Way to Beat Any Drug Test

There are many ways to pass a drug test, the safest and most common being to abstain for a certain period of time from using drugs and medicinal aids which can affect results. The best way to pass a drug test is to not take any drugs at all.

What is the most effective way to pass a blood test?

The most effective way to pass a blood drug test is to rid the body of all toxins and residues by eating healthy, exercising, drinking plenty of water, and getting enough rest. This process is called detoxification.

Detoxification can be sped up by consuming a lot of water can help get rid of toxin in the body. Drink six glasses of water or more in a day, but avoid consuming too much water at once, and try to boost metabolism by doing some sort of intense physical exercise. Exercising helps detoxify the body quickly. Eating healthy is also important, especially foods rich in fiber, which can help with the detoxification process. Make sure to eat breakfast and try not to eat late at night because that food can turn into fat.  Avoid sugar, coffee, and carbonated or non-carbonated drinks which are high in sugars or high fructose corn syrup.

To pass a drug test, one must stop taking drugs and start eating healthy, drink plenty of water, and exercise regularly to get the drug metabolites out of the body. This is the healthiest and easiest approach.

What is the best way to pass a drug test?

The best way to pass any drug test is to cleanse the body of all toxins an drug residues. First, we recommend speaking to a medical professional and stop all illicit drug use immediately. One can then help speed up the body’s natural detoxification process by getting plenty of rest, drinking lots of water, and eating healthy.

Until recently, adding contaminants in the urine sample has been a common strategy people use to beat a test. With new and improved technology, a lab test can indicate if the urine sample given is by the correct candidate. The adulterated sample of urine will have an improper temperature reading, and it will also affect the PH level. The PH level should generally be between 4.0 to 9.0, and if it is not within that range, it may mean the sample was altered. The specific gravity test for dilution ranges from 1.003 to 1.030. If not within this range, it may mean that the sample was adulterated. The lab may also find substances not normally found in urine.  This year, nearly 2,800,000 drug tests will come to produce a positive result, and a significant number of these will come from people that attempted to adulterate their sample. With lab technology improving every day, the percentage of those who fail a drug test will likely increase.

Local Rehab Reviews team highly recommends not to try to fake samples for drug testing. It is against the law.

Will one get caught if someone else’s urine is used for a drug test?

With the technology that is available today, it is likely that one will be caught while using someone else’s urine for a drug test. Lab tests can now tell if the urine being tested is from the same person and whether anything was added to the sample to mask the presence of drugs.

No one should use someone else’s urine for passing the drug screening. Such action poses legal liabilities.

Many people try different ways to cheat on drug tests, and one such trick is using dishwashing soap. It is a common misconception that dishwashing soap can make a test come out negative. However, this is not true. When tested, the dishwashing soap could cause bubbles and create other characteristics in the sample which are not normally found in urine. Additional tests will likely reveal that the urine sample was adulterated. Another common method of adulterating urine sample is bleach. However, bleach is easily detected and will likely fail the drug test.

Rather than risking career and trying to adulterate urine sample, one should try to get rid of the toxin in the body by flushing it out of one’s system in a natural way. Drinking a lot of water and urinating often will help detoxify the body.

Hair drug test is becoming quickly popular because it is the hardest test to beat. Also, it has the longest detection window of all drug tests currently available. However, some abusers opt to shawing their heads or using a detox shampoo. Note that such practices are easily detectable and may lead to legal consequences.

Blood tests are very rare as it is very expensive and is the most invasive form of a drug test. The best way to pass a blood drug test is through detoxing the body. There are many products that are available that will help to detox the body. Maintaining a healthy diet and lifestyle will help one, and by eating well, exercising and drinking a lot of water, one will naturally detoxify the body. Sleeping well at night helps the body break down THC and other toxins. Drinking lemon juice can help detox the body and is high in vitamin C, which is a great way to remove THC from the body naturally. Eating a lot of green vegetables like spinach, kale, and broccoli will help boost metabolism.

Drinking a lot of liquid can help flush out toxins from the body quicker. Eating right and exercising will assist in the detoxification process. Niacin or vitamin B3 may also help the body detoxify faster. Vinegar can also help get rid of the toxins in the body, according to some users. However, it does not guarantee passing a drug test and can be harmful in case of taking too much of it

Drug tests may sometimes involve taking a sample of the individual’s saliva with a swab to detect the presence of a drug. This is a common test and is generally known as easy to pass because most drugs have a very short detection window through saliva. People who try to pass this test report that they stop using the drug for some time before a test, as well as use other methods.

Local Rehab Reviews team does not encourage to falsify a drug test. Any attempts of faking the results are illegal and may entail other issues such as problems at work.
Sources: