Sure Jell aka Certo Drug Test Detox – Does It Really Work? 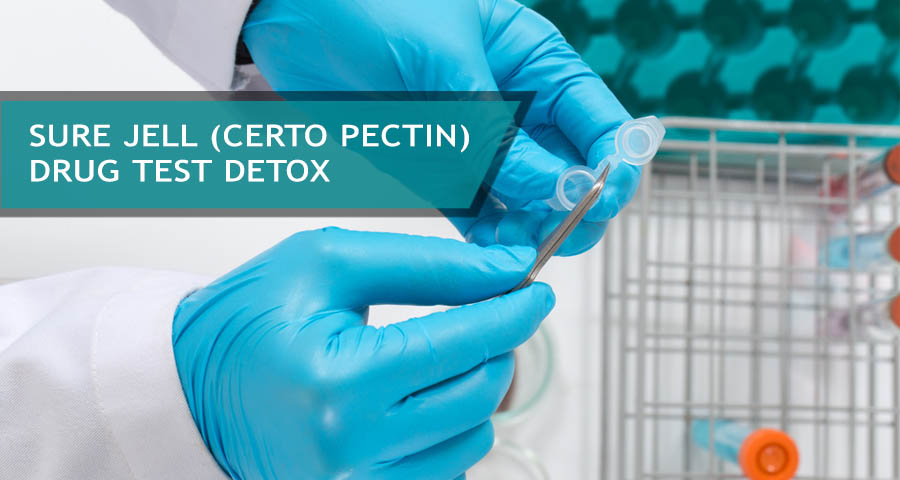 What is Sure Jell?

Note that abstaining from marijuana is the only sure way to pass a drug test. Do not try to cheat on the test with Sure Jell or any other product.

How Does The Sure Jell Method Work?

The Sure Jell method works by affecting the solubility of THC metabolites. THC metabolites are stored in the body’s fat, which becomes water-soluble when bound to bile. Fruit pectin binds to bile, preventing the water-solubility of the THC metabolites. As a result, the THC metabolites are forced out of the body via defecation instead of urination.
Many marijuana users have a misconception about the way that the Sure Jell method works. They think that pectin can coat the stomach for a certain amount of time, which blocks THC and other toxins from getting mixing into the urine. The reality is that there is not enough data to support this idea.
Experts who administer the drugs tests look for marijuana metabolites in a person’s urine. THC is the first one that gets released from the body when defecate. What’s left in the urine is what has been absorbed from intestines.
The main metabolites of THC then enter the bloodstream. These metabolites are soluble in fat, and the majority of the THC that was stored is present inside fat cells that come from the food eaten. The body produces bile to mix with that ingested fat and then it gets dissolved in water — the pectin mixes in the intestines. The method is believed to be effective because the THC is temporarily forced out of the body when poop. This gives enough time to take the test and pass.
Aside from that, the process requires to chug down plenty of water that will dilute urine and give a better chance of passing a drug test. It’s also recommended to stop using cannabis at least two weeks before the test to ensure a negative test. However, this method won’t give a 100% guarantee of passing the test successfully. Some users reported that the traces of marijuana were still identified in the body after following all the instructions of this method.

Note that all information above is provided for informational purposes only.
Sources: